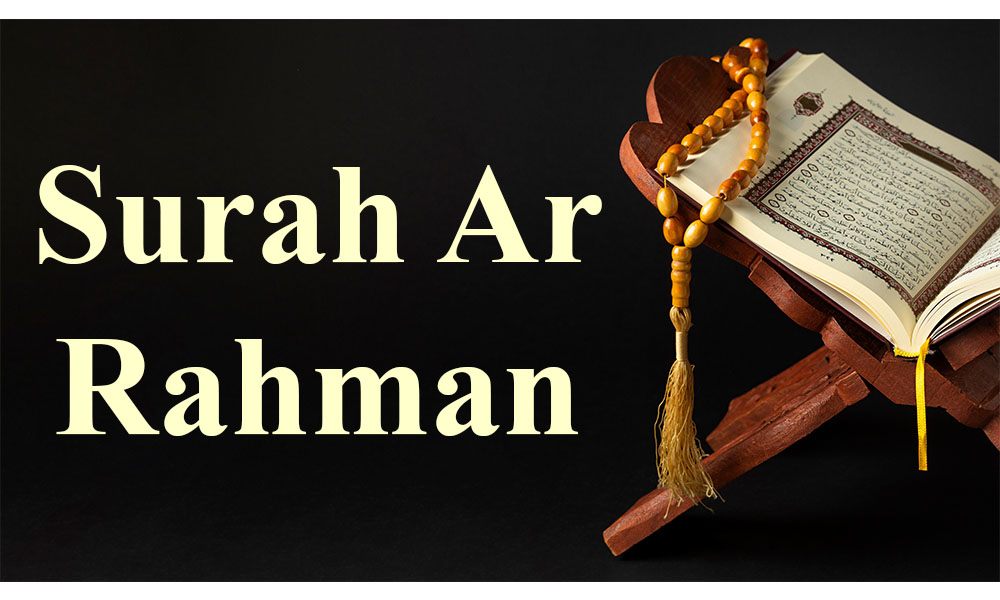 The title of the surah, Ar-Rahman, appears in verse 1 and means “The Most Beneficent”. The divine appellation “ar-Rahman” also appears in the opening formula which precedes every surah except Sura 9 (“In the Name of God, the Lord of Mercy, the Giver of Mercy”). English translations of the surah’s title include “The Most Gracious”, “The All-Merciful”, “The Lord of Mercy”, “The Beneficent”, and “The Mercy-Giving”. In the fourth century CE south Arabian pagan inscriptions started to be replaced by monotheistic expressions, using the term rahmān.

There is disagreement over whether Ar-Rahman ought to be categorized as a surah of the Meccan or Medinan period. Theodor Nöldeke and Carl Ernst have categorized it among the surahs of the early Meccan period (in accordance with its short ayah length), but Abdel Haleem has categorized it in his translation as Medinan, although most Muslim scholars place Sūrat ar-Rahman in the Meccan period. According to the traditional Egyptian chronology, Ar-Rahman was the 97th surah revealed. Nöldeke places it earlier, at 43, while Ernst suggests that it was the fifth surah revealed. Next: Benefits of Surah Rehman in Urdu